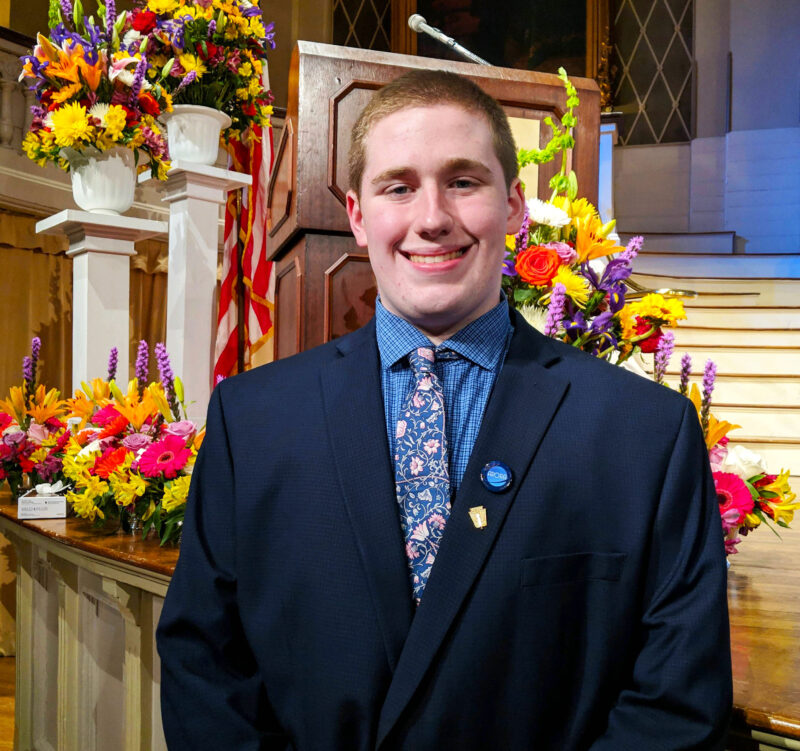 The Computer Information Systems (CIS) student received the award during a ceremony and dinner held on Thursday, April 11th, at the Mechanics Hall in Worcester.

The Outstanding Vocational Student Award is presented each year by the Massachusetts Association of Vocational Administrators (MAVA) and the Massachusetts Vocational Association (MVA) to one student from each vocational technical high school in Massachusetts. The award recognizes students who have made significant contributions to their local school district and to the statewide vocational education system. Recipients must have excellent attendance, a minimum of a 3.5 GPA and vocational-related work experience. The students must demonstrate leadership qualities, technical competence, involvement in the community and extracurricular activities.

John, the son of Chad and Kimberly Winship of North Attleboro, is an outstanding student in the CIS program.  A consistent high honors student, he is currently enrolled in Advanced Placement (AP) courses and has completed course work at a local college.

John began competing in SkillsUSA as a sophomore, competing in the CIS competition where he won a Gold Medal at the state competition and went on to present nationally in Louisville, KY.  He participated in a NASA sponsored project called HUNCH (High school students United with NASA to Create Hardware) where he created an augmented reality application that identified tools through a smartphone’s camera that astronauts could use in space.  John was invited to New Jersey to present this project to NASA officials and later traveled to Houston to present the application.

John’s coursework includes Advanced Placement in Literature, Physics, and Calculus.  CIS is John’s chosen career program where he has to work individually as well as on teams to develop software resolutions to design more effective and efficient products.  John works in a cooperative education position at Hamilton Storage Technologies in Franklin, MA.  He has contributed to developing cutting edge technologies for the company through designing user interfaces and maintaining connections between robots and users.

Outside of school, John devotes his time pursuing his Eagle Scout ranking. He has won the Voice of Democracy Essay Writing Contest for the Veterans of Foreign Wars (VFW) for the past three years.

The North Attleboro native plans to continue his CIS education where he will major in Electrical and Computer Engineering at Worcester Polytechnic Institute (WPI).